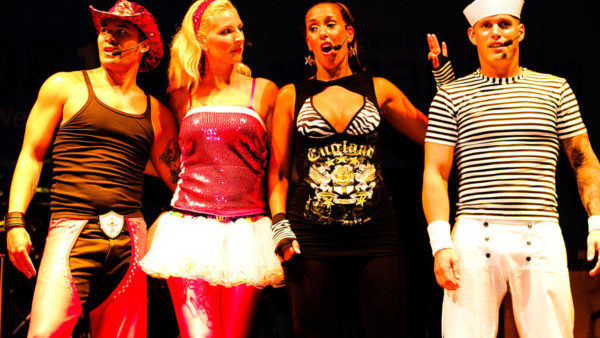 The Vengaboys  introduced the world at 1998 to the uplifting sounds. Delivering multi-platinum pop-dance hits back to back with Up & Down, We Like To Party!, Boom Boom Boom Boom!!, We’re going to Ibiza and more. The Vengaboys reached the top of the charts in over 20 countries including U.K., Germany, Benelux, Spain, South Africa, Thailand, Poland, Australia and Mexico.

Blond bombshell Denice: “The Vengaboys story was a total adventure. It took us around the world in what seemed like a nonstop fun-fest.”

In 1999 it’s America’s turn. Up & Down and We Like To Party! storm to first place in the Billboard dance charts. Their debut album “Greatest Hits!” reaches USA gold status and they were nominated for MTV Best Breakthrough of the Year award.

This website uses cookies to improve your experience while you navigate through the website. Out of these, the cookies that are categorized as necessary are stored on your browser as they are essential for the working of basic functionalities of the website. We also use third-party cookies that help us analyze and understand how you use this website. These cookies will be stored in your browser only with your consent. You also have the option to opt-out of these cookies. But opting out of some of these cookies may affect your browsing experience.
Necessary Altijd ingeschakeld
Necessary cookies are absolutely essential for the website to function properly. This category only includes cookies that ensures basic functionalities and security features of the website. These cookies do not store any personal information.
Non-necessary
Any cookies that may not be particularly necessary for the website to function and is used specifically to collect user personal data via analytics, ads, other embedded contents are termed as non-necessary cookies. It is mandatory to procure user consent prior to running these cookies on your website.
OPSLAAN & ACCEPTEREN